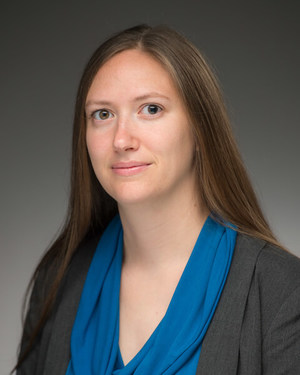 Jennifer L. Schaefer, assistant professor in the Department of Chemical and Biomolecular Engineering at the University of Notre Dame, has been selected as one of the five Toyota Young Investigator Fellows for 2019-2020 by The Electrochemical Society (ECS) and Toyota Research Institute of North America.

The program seeks to recognize and encourage young scholars in pursuit of research in green energy technology, specifically those areas that promote the development of next-generation vehicles capable of using alternative fuels. In addition to a grant of at least $50,000, each winner is granted a one-year membership to The Electrochemical Society and the opportunity to present, or publish, his or her research in a relevant ECS journal.

Schaefer, who joined the University in 2015, studies ion transport and interfacial phenomena. Her current research efforts are focused on developing novel batteries: those that employ polymer electrolytes, making them less susceptible to overheating; those created using more abundant resources, such as magnesium or sulfur, which makes them much less expensive for grid-scale storage applications; and high-energy-density batteries, such as those developed using magnesium and lithium metal anodes for longer battery life.

Her winning ECS Toyota proposal focuses on lithium metal batteries. With their ultra-high-energy densities, these batteries are ideal for applications where lightweight storage and performance are necessary, such as cars and drones.

In addition to the ECS Toyota award, Schaefer received the NSF Early Career Development award in 2017 for her work synthesizing novel polymers for energy applications.

Prior to joining the University, Schaefer served as an NRC Postdoctoral Fellow with the National Institute of Standards and Technology and also an adjunct lecturer at Tompkins Cortland Community College. She earned her doctorate in chemical engineering from Cornell University in 2014.

Schaefer is the second Notre Dame faculty member to receive this honor. David Go, professor in the Department of Aerospace and Mechanical Engineering, was named one of the three inaugural fellows in 2015.

Originally published by Nina Welding at conductorshare.nd.edu on July 31.