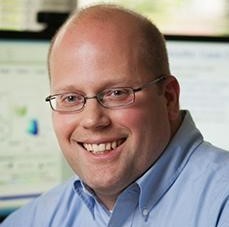 Dr. Reed received his Bachelors of Science in Geological Engineering from the University of Missouri at Rolla in 1997. He then continued his graduate studies at the University of Illinois at Urbana-Champaign. At graduation in 2002, the University of Illinois honored Dr. Reed with the Ross J. Martin Award for Outstanding Research Achievement. This award is given to one graduating doctoral candidate selected across the departments that compose the University of Illinois's College of Engineering. After graduating with his PhD from Illinois in 2002, Dr. Reed was on the faculty in the Department of Civil and Environmental Engineering at the Pennsylvania State University (Penn State) from 2002-2013. During his time at Penn State, he received the U.S. National Science Foundation's Career award in 2007. In 2008, Dr. Reed was a visiting scholar in the School of Engineering, Computing, and Mathematics at the University of Exeter in the United Kingdom and also received the ASCE/EWRI Outstanding Achievement Award. Dr. Reed's research group members while at Penn State garnered a broad range of national and international honors including EPA STAR and NSF fellowships, paper awards, speaking awards and dissertation honors. In 2012, he was honored with the ASCE Walter L. Huber Civil Engineering Research Prize for his work in multiobjective systems analysis. Dr. Reed joined Cornell University as a Professor of Civil and Environmental Engineering in 2013.