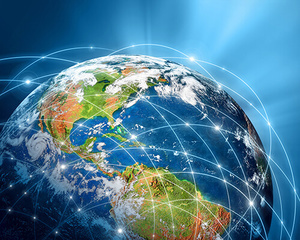 Jeffrey D. Sachs is the director of the Earth Institute, Quetelet Professor of Sustainable Development, and professor of health policy and management at Columbia University. He is special advisor to United Nations Secretary-General Ban Ki-moon on the Millennium Development Goals, having held the same position under former UN Secretary-General Kofi Annan. He also is director of the UN Sustainable Development Solutions Network. Sachs is widely considered to be one of the world’s leading experts on economic development and the fight against poverty. His work on ending poverty, promoting economic growth, fighting hunger and disease, and promoting sustainable environmental practices, has taken him to more than 125 countries with more than 90 percent of the world’s population.

Shanta Devarajan is the acting World Bank Group chief economist and senior director for development economics. Previously, he was the chief economist for the World Bank’s Middle East and North Africa region. Since joining the World Bank in 1991, he has been a principal economist and research manager for public economics in the Development Research Group, and the chief economist of the Human Development Network, the South Asia Region and Africa Region. Before 1991, he was a faculty member at Harvard University’s John F. Kennedy School of Government. The author or co-author of more than 100 publications, Devarajan’s research covers public economics, trade policy, natural resources and the environment, and general equilibrium modeling of developing countries.

Natalie A. Jaresko was designated executive director of the Financial Oversight and Management Board for Puerto Rico in March 2017. She has a distinguished international career in public service and private industry, with more than 25 years of successful management experience in government and business, where she effectively developed strategy, negotiated and implemented public policy and business objectives, especially during crisis periods. As Minister of Finance of Ukraine (2014-16) she served at one of the most critical times in Ukraine’s history, rocked by a deep recession, foreign occupation, and war on part of its territory. Prior to her ministerial position she spent two decades investing in small and medium-sized business in the region, as co-founder and CEO of Horizon Capital, a fund manager with over $600 million under management, and as president and CEO of the Western NIS Enterprise Fund.

Scott Appleby, a professor of history at Notre Dame, is a scholar of global religion who has been a member of Notre Dame’s faculty since 1994. In 2014, he was appointed Marilyn Keough Dean of the Keough School of Global Affairs, Notre Dame’s first new school in a century. Appleby’s research examines the various ways in which religious movements and organizations shape, and are shaped by national, regional and global dynamics of governance, deadly conflict, international relations and economic development.  From 2000-2014, he served as the Regan Director of the Kroc Institute for International Peace Studies. Appleby co-directs Contending Modernities, a major multi-year project to examine the interaction among Catholic, Muslim, and secular forces in the modern world.