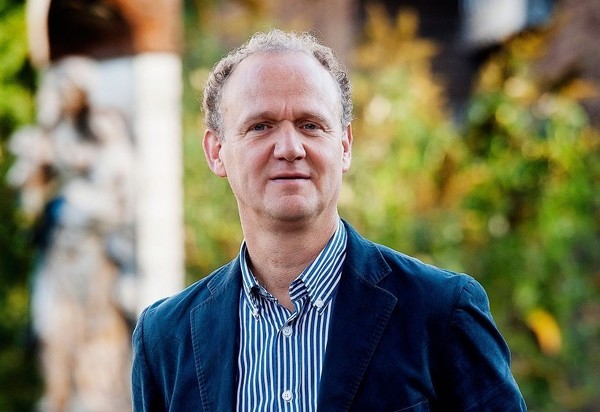 In this talk, Prof. Richard van de Sanden, will explain that non-equilibrium chemistry, driven by the excitation of internal states of molecules, is a broader class of selective chemistry, a chemistry enabled by the availability of renewable energy in the form of electricity. In this talk, he will connect plasma chemistry in some of its aspects with plasmon induced chemistry, photochemistry and electrochemistry. Unavoidably, this will have implications for plasma catalysis and will provide a firmer basis for the choice of catalyst in a plasma environment. He will also highlight the fact that the material science approach of finding “better” catalyst, and with its strong support in the community and literature, should be made aware that using internal excitation of the molecules involved is an alternative approach that deserves attention, especially considering the availability of (abundant) renewable energy in the form of electricity.

Richard van de Sanden is the director of the Dutch Institute for Fundamental Energy Research (DIFFER since 2011) and a Professor at the Department of Applied Physics of the Eindhoven University of Technology in the Netherlands. He received his Ph.D. in 1991 from the Eindhoven University on a fundamental plasma physics subject. In 1990, he was appointed an Assistant Professor, his main interest being the fundamentals of plasma enhanced deposition and etching. During 1992-1997, he was a Research Fellow of the Royal Netherlands Academy of Arts and Sciences. In 2000, he was appointed as a full-time professor at the Eindhoven University of Technology. Since his appointment at the DIFFER institute he focuses on the physics and chemistry of plasma-surface interaction under extreme conditions and on research into the direct and indirect conversion of renewable energy into fuels and chemicals.

He has authored and co-authored over 450 papers in peer-reviewed journals and is the co-inventor of > 20 patents. He is a fellow of AVS, IUPAC, IOP and IPCS and serves on numerous scientific committees of international conferences and (inter-)national advisory boards. At the moment he is the chairman of the science board of the Netherlands Energy Research Alliance and of the Electrochemical Conversion and Materials committee an initiative which tries to align the efforts in this field in the Netherlands. He has consulted for several companies (General Electric, Fujifilm, Novellus, BOC Edwards, Linde Gas Group, Tetrapak) on plasma and thin film deposition technologies. Since 2005, he was the European Regional Editor of Plasma Sources: Science and Technology until 2014. Since 2015 he is a senior member of the Editorial board of Plasma Sources: Science and Technology and is a member of the editorial board of Plasma Processes and Polymers.

In 2009 he was awarded the Valorisation Prize for his achievements in transferring scientific knowledge to industry. Since 2013 he is a member of the Netherlands Academy of Arts and Sciences and in 2014 he won the Plasma Prize of the AVS Plasma Science and Technology Division for his career achievements. In 2017 he became a fellow of the International Plasma Chemistry Society.