A Conversation with Mayor Pete Buttigieg and Mayor James Brainard

Mayor Pete Buttigieg (D-South Bend, IN) and Mayor Jim Brainard (R-Carmel, IN) have both opposed President Trump’s withdrawal of the United States from the Paris Climate Agreement and have committed to reducing greenhouse gas emissions in their cities. Both have committed their municipalities to new “smart city” designs, creating walkable cities, promoting bike riding, and switching to hybrid or alternative fuel vehicles. They believe that these changes are part of a plan that is good for the earth, the economy, public health, and national security. With metropolitan areas housing 80% of the U.S. population, both mayors are committed to the belief that local policies can help offset a lack of action on the national level.

Join ND Energy on September 28 to welcome Mayors Brainard and Buttigieg to the Notre Dame campus for a conversation about how the U.S. can meet its climate goals through action on a local level. This discussion will include aspects of urban architecture, public policy, politics, economics, and environmental considerations. The public is invited and encouraged to attend. 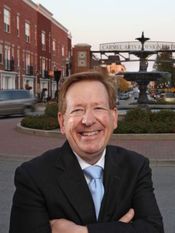 Mayor James Brainard is the six-term Republican mayor of Carmel, Indiana. During that time, his city of 91,000 was awarded the Climate Protection Award, voted #1 in American’s Best Places to Live, and won Best Cities to Relocate to in America. In a recent interview on NPR, Brainard spoke out against President Trump’s withdrawal from the Paris Agreement, pointing out that over 1200 mayors from both parties have signed the U.S. Conference of Mayors Climate Protection Agreement, beginning as far back as 2005. Brainard has worked with mayors in cities around the world to move forward on environmental issues that their central governments are not willing or able to do. In November of 2013, he was appointed to the Task Force on Climate Preparedness and Resilience by President Obama. He often advises other cities on urban design and development and was named as one of the “Most Powerful Hoosiers in the World” by the Indianapolis Monthly. 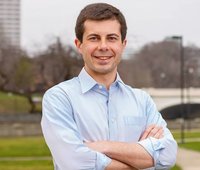 Mayor Pete Buttigieg, second-term mayor of South Bend, was recently in the national limelight as a candidate for the Democratic National Committee chairmanship and as a guest on Seth Meyers’ “Late Night.” But to many in South Bend, “Mayor Pete” is the local boy who graduated from St. Joseph High School, attended Harvard, became a Rhodes Scholar, and returned to his hometown to give back. The youngest mayor of a city its size, Buttigieg was called “the most interesting mayor you’ve never heard of” by the Washington Post. His conviction that many problems are best solved locally has motivated his work on transforming South Bend into a “smart city,” allowing more space for pedestrians and bikes while creating energy-efficient traffic patterns. He joined 80 other mayors in signing the Mayor’s Climate Action Agenda, opposing President Trump’s actions against the Paris Climate Agreement, and pledging to uphold the emissions goals set by the accord. South Bend has joined cities around the country in storing and publishing climate change data that was removed from the EPA’s website in April as a gesture to the city’s commitment to the issue.