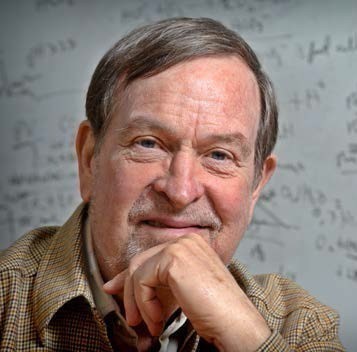 The sun could be our ultimate renewable energy source but, as an energy source, suffers from its low intensity, and the massive collection areas required to meet the needs of powering the world’s growing economies. The sun is also intermittent, going down at night, which creates a need for energy storage on massive scales.  Inspired by natural photosynthesis, a way to meet the energy storage challenge is by using the energy of the sun to produce “solar fuels” by “Artificial Photosynthesis” with energy stored in the chemical bonds of high energy molecules - hydrogen from water splitting or carbon-based fuels from reduction of CO2.

In this presentation, a hybrid approach to solar fuels is described. It is based on the integration of molecular assemblies for light absorption and catalysis with the band gap and surface properties of mesoscopic, nanoparticle films of inert metal oxides – TiO2, SnO2, NiO. In the resulting Dye Sensitized Photoelectrosynthesis Cells (DSPEC), light absorption by the chromophore and excited state injection into the conduction band of TiO2 initiates a series of electron transfer events. Transfer of the injected electron transfer to a cathode results in H2 evolution. With appropriate design features built in, including surface stabilization of the assembly and use of core/shell structured oxide films, relatively high per photon-absorbed efficiencies for visible light water splitting into hydrogen and oxygen has been achieved.

Thomas J. Meyer rejoined the faculty of the University of North Carolina at Chapel Hill as Arey Professor of Chemistry on July 1, 2005. He is Director of the UNC Energy Frontier Research Center on Solar Fuels. In 2000 he was named Associate Director for Strategic Research at the Los Alamos National Laboratory in New Mexico. In that position, he oversaw research in support of nuclear weapons, threat reduction, and energy and environmental programs and was the   LANL lead for economic development, intellectual property, and DOE programs in Science, Energy Efficiency and Renewables, and Nuclear Energy. He also served as the LANL liaison in these areas to the US Department of Energy and to the US Congress. From 1994 to 1999, he was Vice Chancellor for Graduate Studies and Research at UNC-CH where he oversaw a graduate and professional student program of over 8000 students and a research portfolio of > $300 million. He led planning efforts that resulted in campus wide initiatives in genomics and bioinformatics, Arts Carolina, The Center for the Study of the American South, and others. As a UNC liaison with the North Carolina Legislature, he initiated efforts that led to $12 M in enhanced graduate tuition student support, return of overhead to the campuses from the NC General Fund, and initiated planning for construction that ultimately led to a bond issue passed by the citizens of North Carolina in 2000.

After receiving a BS from Ohio University in 1963, Meyer received a Ph.D. from Stanford in 1966 with Henry Taube, who won the Nobel Prize for Chemistry in 1983, as his research mentor. He was a NATO postdoctoral fellow at University College, London in 1967 with Sir Ronald Nyholm, joined the faculty at UNC in 1968, and was promoted to Associate Professor in 1972, Full Professor in 1975, Smith Professor in 1982, and Kenan Professor in 1987. He was the Head of Chemistry from 1985 to 1990, Chair of the Curriculum in Applied Sciences from 1991 to1994, and Vice Chancellor/Vice Provost for Graduate Studies and Research from 1994 to 1999. He served on the North Carolina Board of Science and Technology, the Executive Committees of the North Carolina Biotechnology Center, the Research Triangle Institute, the Triangle University Center for Advanced Study Inc., and on the Board of Associated Universities Inc. He has served on the Boards of the Mind Institute, the International Informatics Society, the National Center for Genome Research, the Coronado Ventures Forum, the Science and Technology External Advisory Committee for Sandia National Laboratory, the Commission on Higher Education for the State of New Mexico, and Chair of the Scientific Advisory Board for the Center for Revolutionary Solar Photoconversion (Colorado). He was awarded the Order of the Long Leaf Pine for service to the State of North Carolina in 1999, the Porter Medal in 2012, the Honda-Fujishima Lectureship Award in 2013, and most recently the 2014 Samson Prime Minister's Prize for Innovation in Alternative Fuels for Transportation.

Meyer is a member of the National Academy of Sciences and the American Academy of Arts and Sciences and has won many prizes for chemical research. His research has been notable for pioneering, innovative discoveries in chemical reactivity and applications to important problems in chemistry and energy conversion. This includes the first examples of excited state electron transfer with implications for energy conversion (with D.G. Whitten, 1974), excited state electron transfer in a chromophore-quencher assembly (1978), polypyridyl Ru oxo complexes (1978), discovery of proton coupled electron transfer (PCET, 1981), vinyl polymerization of metal complexes (with R.W. Murray, 1981) molecular catalyst for water oxidation (1982), application of the energy gap law to metal complex excited states (1982), chemical approaches to  artificial photosynthesis (1989), first interfacial catalyst for CO2 reduction (1989), Dye Sensitized Photoelectrosynthesis Cells (DSPEC,  1999), experimental elucidation of the localized-to-delocalized transition in mixed-valence molecules (2001), Modular Approach to Artificial Photosynthesis (2005), first characterized solution and interfacial single-site catalysts for water oxidation (2008-2010), and a working DSPEC for solar water splitting (2013). He has published over 700 papers, holds five patents, and is one of the most highly cited chemists in the world.

This Edison Lecture is sponsored by the Center for Sustainable Energy at Notre Dame (ND Energy) and the Colleges of Engineering and Science at the University of Notre Dame.