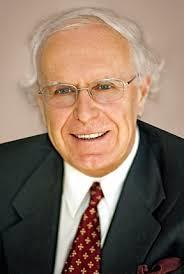 Abstract:
The astonishing success of the U.S. industry with horizontal drilling and hydraulic fracturing, aka tracking, drastically improves the energy prospects of the U.S. Many aspects of tracking, including the propagation of a single crack with the flow of pressurized incompressible fluid through the crack, are well understood by now. However, the geometry and evolution of the crack system still remains an enigma.  This makes mechanicians wonder:  Why fracking works? The answer must be sought in the stability of interacting hydraulic cracks.  Based on:  1) the known gas permeability of shale, 2) the known percentage of gas extraction from shale stratum, 3) the observed time to peak flux of gas at the wellhead and 4) the observed halftime of flux decay, it is shown that the crack spacing must be only about 10 cm, which roughly coincides with the spacing of rock joints.  Attainment of such a small spacing requires preventing localization in parallel crack systems.  This is a stability problem analogous to a system of parallel cooling or shrinkage cracks studied at Northwestern long ago.  Formulated is a hydro-thermal analogy which makes it possible to transfer solutions from cooling to hydraulic cracks.  From this analogy, and from new numerical solutions of stability of a system of pressurized circular equidistant vertical cracks, it is concluded that the localization instability can be avoided if the hydraulic pressure profile along the cracks can be made almost uniform. Whether it can depends on the rate and history of pumping of the tracking water, as well as the proppants, gellants and acids in the tracking water.  Preventing localization in a vast system of growing cracks interacting with the flow of tracking water through the cracks (or open rock joints) is, from the fracture mechanics viewpoint, what makes fracking work. But not well enough, since currently only 5-15% of gas gets extracted from the shale strata. Thus the localization is being suppressed only to a limited extent. More extensive suppression will be one way to increase the gas extraction percentage. This will also diminish the potential for seismicity and reduce the amount of tracking water per unit amount of extracted gas, thus mitigating the environmental footprint. Finally, the similarity of some problems with deep sequestration of waste fluids is pointed out.

Sponsored by the Department of Aerospace and Mechanical Engineering.