Several aspects of nanoscience and nanotechnology involve the use of liquids in contact with nanomaterials, for example as solvents for the dispersion, preparation and chemical modification of nano-objects, as media for transport through nanopores, or as electrolytes in energy-storage devices. If we want to understand and control matter at the nanometer scale then we have to understand the properties of the fluid media, which do not behave as a simple continuum at these scales, and of the interfaces. We must describe in detail the molecular interactions between the fluids and the nanomaterials, and this has been an area where little progress has been made.

This presentation will focus on ionic liquids interacting with different kinds of nanoscale objects. Ionic liquids are composed of asymmetric, flexible organic ions, which don’t crystallize easily. These ions contain charged moieties, side chains, and a variety of chemical functional groups, interacting through electrostatics, dispersion forces and often through hydrogen bonds as well. They form highly organized liquid phases that are heterogeneous at the nanometer scale. Some of the challenges these systems pose are: i) the heterogeneous structure of the ionic media matches the size of the nano-objects leading to possible template effects that are not present in molecular liquids; ii) systems containing metallic nanoparticles, carbon nanotubes or cellulose microfibrils are dominated by different types of interaction, so difficult to model in a unified way. The methods used to study these systems are a combination of theory (quantum chemistry, molecular simulation) and experiment (spectroscopy, thermodynamics). 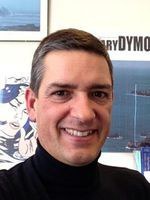 Agilio Padua is a distinguished professor of physical chemistry at Université Blaise Pascal Clermont-Ferrand and a senior member of the Institut Universitaire de France. His primary field of research is molecular thermodynamics: the study of how the structure and the interaction forces between molecules determine the properties of a material. He mainly works with ionic liquids, a new class of remarkable fluids with promising applications, and their interactions with nano-materials. Presently, Professor Padua is a visiting scholar at MIT’s Chemical Engineering department, with Profs. Michael Strano and Daniel Blankschtein.

This event is sponspored by the Department of Chemical and Biomolecular Engineering.
Please view the Agilio Padua flyer for more information.