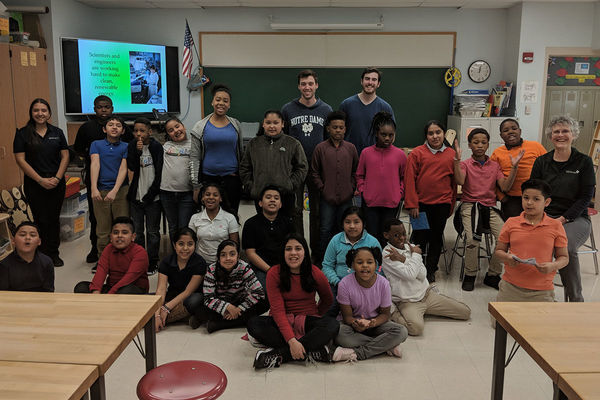 In addition, as part of his Energy Studies Minor capstone project, senior John “Jack” Feger worked with fourth grade teacher Ashley Boege on “Details Matter,” an attempt to help students become more observant. In analyzing whether or not a sketch of a circuit was opened or closed on a state test, for example, students failed to notice the position of the switch. Understanding the flow of electricity is one component of learning, but attention to detail is an essential skill in the application of the knowledge.

Our Neighbors: The Next Generation of Scientists and Engineers 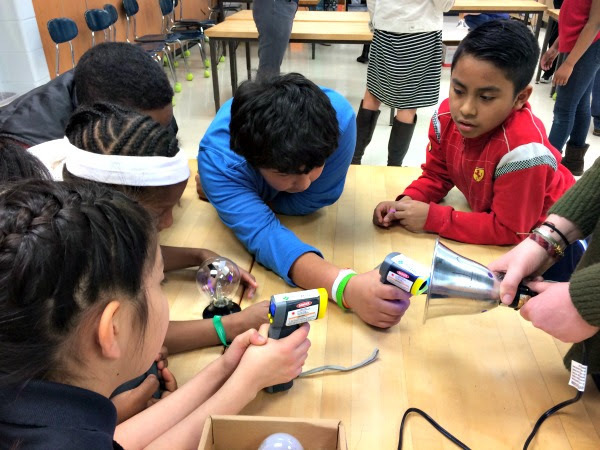 After weeks of meeting in small working groups to brainstorm about ways to explain energy to fourth graders, 15 members of GreeND and ND Energy’s Student Energy Board spent a Friday morning at James Madison Primary Center in downtown South Bend translating physics into reality. Small groups of junior researchers rotated around to different stations, using infrared thermometers, solar cars, ultraviolet flashlights, fluorescent crayons, and a radiometer to better visualize and experiment with energy transformation. They were encouraged to dream big and become the next generation of scientists and engineers who would work toward evolving clean, renewable energy choices.

ND Energy began its partnership with its young neighbors last year by first visiting the students at Madison and then inviting them for a day on campus. Although the schools are less than two miles apart, most Madison students only come to campus through university-sponsored outreach programs and rarely do Notre Dame students get the opportunity to visit area schools. So this experience resulted in both sides learning a lot and developing what we hope will become a long-term, standing relationship.

A struggling school in the past, Madison is poised to make a strong turn around after earning STEM (science, technology, engineering, and math) certification from the state of Indiana. By forming strong partnerships with community institutions such as Notre Dame and ND Energy, Madison will be using hands-on STEM activities to peak the students’ interests and natural curiosities. ND Energy is part of an ND contingent that hopes to form a long-term relationship for the betterment of both. 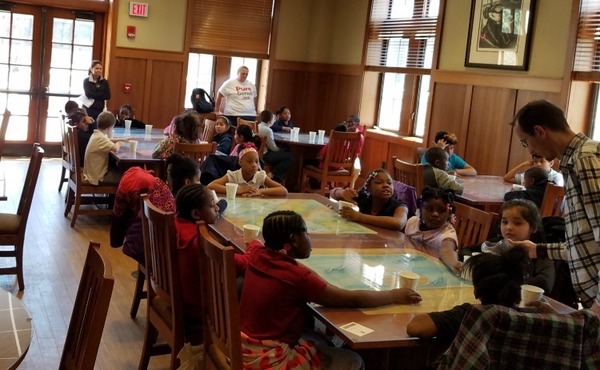