Kyle J. Bibby, Kenneth T. Christensen and Michael J. Seelinger have been named endowed faculty in the College of Engineering. 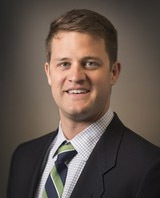 Bibby, who was named the Wanzek Collegiate Chair, graduated from Notre Dame in 2008 with a degree in civil engineering, earned his master’s and doctorate [both in environmental engineering] from Yale University in 2012. He returned to Notre Dame in 2017 as an associate professor in the Department of Civil & Environmental Engineering & Earth Sciences (CEEES).

He leads multiple research projects investigating microbial water quality and microbial communities in both built and natural environments as it relates to public health protection. Bibby’s research interests center around understanding the presence, ecology, and diversity of microorganisms, such as viruses and bacteria. He has also studied the microbial ecology of fossil-fuel impacted environments, such as water produced from hydraulic fracturing and was a 2017 recipient of the National Science Foundation’s Early Career Development Award.

Prior to joining the Notre Dame faculty, Bibby served as an assistant professor in the Department of Civil and Environmental Engineering at the University of Pittsburgh with a secondary appointment in the Department of Computational and Systems Biology. He is a registered professional engineer in the state of Illinois. 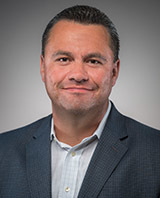 Christensen was named the Viola D. Hank Professor of Aerospace and Mechanical Engineering. He holds a joint faculty appointment between the Department of Aerospace and Mechanical Engineering (AME) and CEEES, serving as department chair of AME and as a Provost’s Fellow at the University. His expertise in experimental fluid mechanics focuses on flows central to a range of energy, environmental and geophysical applications. His most current research focuses on turbulence interactions with complex topography encountered in a range of engineering systems, flow interactions and coupling with complex bedforms that form and evolve in both aeolean and subaqueous natural environments and multi-phase flow within heterogeneous porous media with application to geologic carbon dioxide sequestration.

Prior to joining the Notre Dame faculty in 2014, Christensen served as professor, Kritzer Faculty Scholar and associate head for undergraduate and mechanics programs in the Department of Mechanical Science and Engineering at the University of Illinois at Urbana-Champaign.

Promoted to the Dunn Family Teaching Professor of Engineering, Seelinger is a Triple Domer who returned to Notre Dame in 2009 to share the experience and expertise he gained through his years in industry and as an instructor. He is well-known by students and colleagues in AME for his exceptionally clear and engaging manner across courses from mechanics to engineering systems to control systems, and more.

Seelinger holds numerous patents and has several more which are pending. While in industry he served as vice president for Yoder Software and also as a research engineer and principal investigator on several NASA contracts. His interests encompass the coordination and cooperation of multiple heterogeneous robots using vision as the primary sensor for feedback and control. Prior to joining Notre Dame, he worked in tandem with NASA’s Jet Propulsion Laboratory on a vision-guided forklift project and the high-precision mobile manipulation of planetary rovers.

An associate member of the ASME and Institute of Electrical and Electronics Engineers, he received the College of Engineering Outstanding Teacher Award in 2016 and the Rev. Edmund P. Joyce, C.S.C., Award for Excellence in Undergraduate Teaching from Notre Dame in 2015.

Originally published by Nina Welding at conductorshare.nd.edu on June 15, 2018.