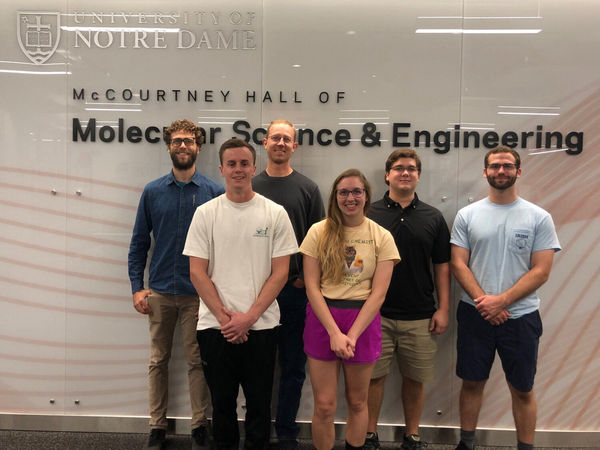 Professor Camden and his research group at Notre Dame.

The concept of wave interference has always interested scientists. Whether it is the interference of light, sound, water, or other kinds of waves, understanding the mechanics of these phenomena are important, but it can also be complicated, especially for electron density waves at the nanoscale.

Overall, the research team aimed to see this interference occur using electron microscopy – a technique for obtaining high resolution images of nanoscopic specimens. Since the original concept for the Fano interference mechanism was developed in the 1960s in the context of helium vapors, the researchers theorized that today’s technology would make observing the phenomenon in other systems fairly simple.

In a paper published in Physical Review Letters, Camden and collaborators used a combination of electron energy-loss spectroscopy and theoretical modeling to witness the first direct detection of Fano resonances, or Fano interferences, in a pair of nanoscopic gold particles. The study constructed and measured Fano interferences in the spectral response of this system.

To explain the research, David J. Masiello, co-corresponding author on the paper and professor of chemistry from the University of Washington, said, “Imagine a swing set with two swings that are weakly linked, except when you push one swing it doesn’t move, yet the second one does. This is an effect caused by interference, and it’s not intuitive, so it’s difficult to explain and replicate.” 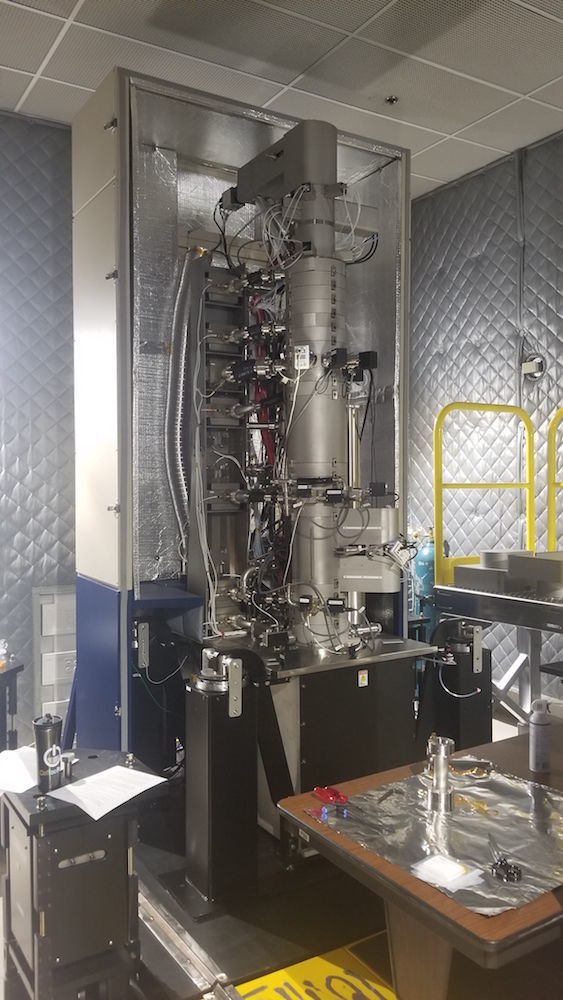 The team used a gold nanostructure that consisted of a small disk next to a long rod, both separated by only a few tens of nanometers. The observation was obtained by locating the nano-sized electron probe next to the gold disk in the opposite direction of the gold rod. The gold disk acted as an antenna, transmitting the energy of the electron probe to the rod. The energy oscillation of the disk and the rod interfere, resulting in intensity profiles with the asymmetric spectral signature that the research team had been looking for.

Although the experimental observation in the study is the same concept established by physicist Ugo Fano long ago, the researchers used a different physical system to observe the phenomenon at the nanoscale, which required major advancements in the field of electron microscopy. Those advancements have happened only recently. By collaborating with Juan Carlos Idrobo at Oak Ridge National Laboratory (ORNL) and Philip D. Rack at the University of Tennessee and ORNL, the research team was able to use one of ORNL’s advanced electron microscopes, which is one of a few microscopes in the world that could make this observation.

This research was funded by the U.S. Department of Energy. Certain experiments were conducted at the Center for Nanophase Materials Science at ORNL and also, in part, using instrumentation within ORNL’s Materials Characterization Core, provided by UT-Battelle, LLC. Additional authors on the paper from Notre Dame are Agust Olafsson and Xuan Hu. Other collaborators are Kevin C. Smith from Steven C. Quillin the University of Washington, as well as Robyn Collette from the University of Tennessee. Camden is an affiliated member of NDnano, ND Energy, and Advanced Diagnostics and Therapeutics.

To read the study, which was selected as an Editor’s Suggested article, please visit https://journals.aps.org/prl/abstract/10.1103/PhysRevLett.123.177401.

The University of Notre Dame is a private research and teaching university inspired by its Catholic mission. Located in South Bend, Indiana, its researchers are advancing human understanding through research, scholarship, education, and creative endeavor in order to be a repository for knowledge and a powerful means for doing good in the world. For more information, please see research.nd.edu or @UNDResearch.

Originally published by Brandi Wampler at research.nd.edu on November 07, 2019.