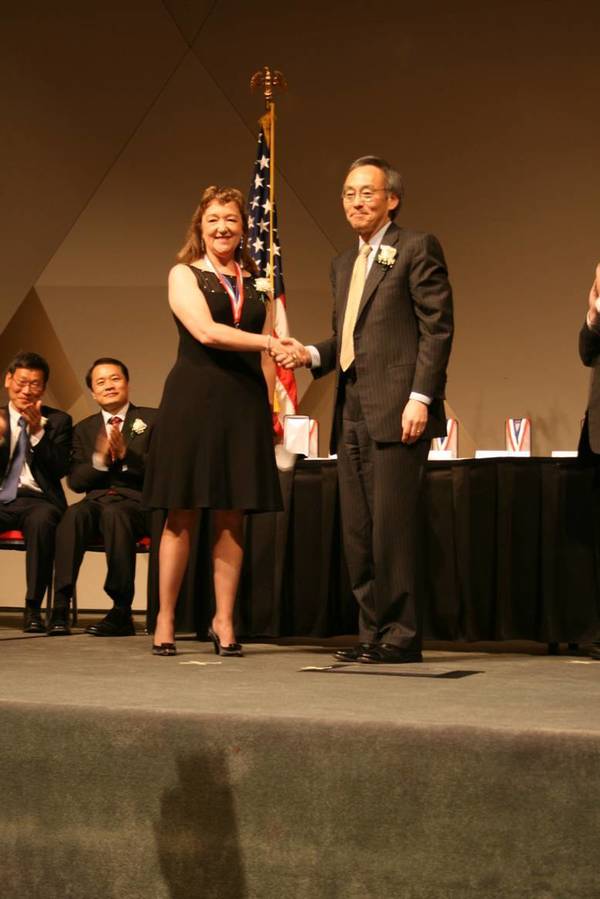 Joan Brennecke, the Keating-Crawford Professor of Chemical and Biomolecular Engineering and director of the University of Notre Dame Energy Center, was presented the Ernest Orlando Lawrence Award by U.S. Secretary of Energy Steven Chu. Given by the United States Department of Energy, the Lawrence Award honors scientists and engineers at mid-career for their exceptional contributions in research and development supporting the DOE and its mission to advance the national, economic and energy security of the United States. Learn More

Originally published by College of Engineering at newsinfo.nd.edu on May 10, 2010.