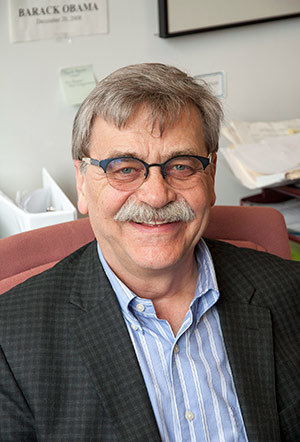 It is with tremendous sadness that we report the death of chemistry professor, Heino Nitsche (member of the Center’s Technical Advisory Board since 2011), who died unexpectedly the morning of July 15. Born July 24, 1949 in Munich, Germany, Heino earned his Ph.D. in 1980 at the Free University of Berlin and joined the University of California at Berkeley as a Lawrence Berkeley National Laboratory (LBNL) staff scientist. He stayed at Berkeley for 13 years and in 1993 returned to the newly reunified Germany to direct a radiochemistry research institute in Dresden. In 1998, Heino returned to Berkeley and became a full professor in the Department of Chemistry and the founding director of LBNL’s Glenn T. Seaborg Center. He is a world-renowned and accomplished scientist in actinides whose most recent achievement was having been a part of the team that confirmed the existence of element 117. Please join us as we extend our prayers and sincere condolences to the Nitsche family, friends, and colleagues during this difficult time.

News Release from the University of California, Berkeley.

A memorial service will be held at a time yet to be determined.