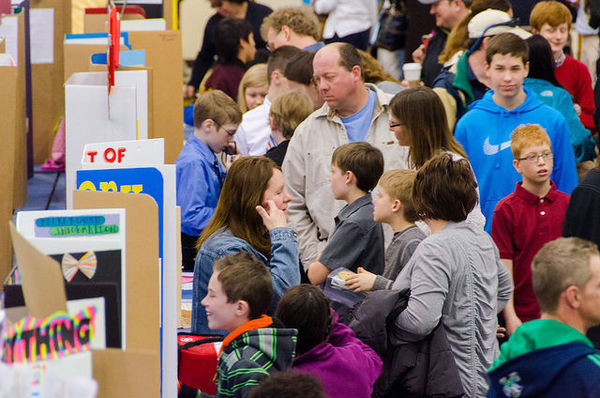 The Northern Indiana Regional Science and Engineering Fair was held at the University of Notre Dame Stepan Hall on Saturday February 28, 2015. The Center for Sustainable Energy at Notre Dame (ND Energy) sponsored monetary awards and certificates for the top energy related projects at the middle school level and the high school level. We are pleased to announce the winners of these awards. 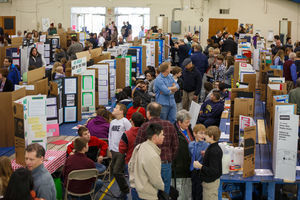 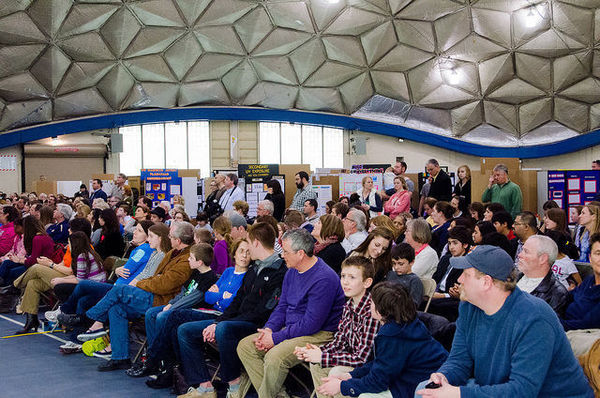 Our high school award winner is Stephen Bauer, a senior at Adams High School, with a project titled 'Using Hydrophobic Microporous Layers and Enhanced Air Flow to Reduce Methanol Crossover in a Direct Methanol Fuel Cell'. Stephen describes his project: 'Due to the finite supply of fossil fuels and the ecological dangers associated with their use, there has been a push in recent years to find new ways of efficiently producing energy. The direct methanol fuel cell (DMFC) is a popular energy producing unit due to its high energy density. One remaining obstacle to the vast commercialization of the DMFC, lies with its inability to process higher molarity methanol fuel. This is due a phenomenon known as methanol crossover, in which methanol fuel crosses the proton exchange membrane (PEM) and thus diminishes the voltage of the cell. Over the course of this investigation Hydrophobic Microporous Layers will be inserted into the PEM of the DMFC to reduce this methanol crossover. The Micropourous membranes will be composed of a mixture solution containing XC72R carbon black and 50wt% Teflon coated on a carbon paper. This layer will prevent both methanol and water from crossing the PEM without preventing the proton flow to the cathode. Furthermore, this investigation aims to decrease crossover by increasing airflow to the cathode of the DMFC. By inserting the DMFC into a wind tunnel air flow of up to 60 mph can be provided to the DMFC. Previous investigations have shown that enhanced airflow yields higher performance in a DMFC. For this reason, this experiment aims to assert whether enhanced airflow can also help reduce the effects of methanol cross over.'

Congratulations to our two winners and thanks to our judges Yong-Siou Chen, Ashish Kushwaha, and Jie Yang.