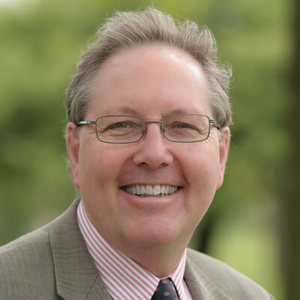 In 1815 Michael Faraday visited Alessandro Volta in Italy and was presented with a gift of a voltaic pile – the first battery, the first device to turn chemical energy into an electrical current. Armed with a controllable source of electricity, Faraday embarked on a series of experiments that led to the electrical dynamo and the electrical motor. His practical inventions were seized upon by Maxwell to construct the theory of electromagnetism, which itself has been the foundation of most of modern physics and technology. By 1900 the world had electrically powered vehicles.

However, the availability of cheap fossil fuels and the challenges of building low cost electrical storage systems gave combustion engines a century of dominance that is only now coming to an end. Battery manufacturers have announced a 6-fold increase in capacity by 2025, predominantly for electric vehicles, but also for the electricity grid. As this science-driven technology matures, the impact of cheap, clean, efficient, mobile power will echo throughout the economy.

The impact of renewable energy technologies – principally solar, wind, and electrical storage – is now exponentiating. The world’s first terawatt of modern renewable capacity was completed in 2018, and the second terawatt will be completed in the early 2020’s, at a cost of about 1$ per Watt. (The world’s consumption of power of all kinds is about 20 terawatts on average.)

Despite its venerable history, electrochemical technology is still immature. Electrochemistry must manipulate materials and chemical reactions on the nanoscale, yet its products are manufactured by the ton. A battery is a complex device with multiple components that is more complex than an integrated circuit, but has to be produced on scales vastly larger than a silicon fab. The fundamental components of a battery – anode, cathode, electrolyte, control system – can be chosen from a vast palette of chemistries, but the complicated interplay that makes a functioning device will emerge only after the pieces are joined together at a point very distant from the fundamental invention.

To accelerate the transition to an electrically powered sustainable economy will require mission-driven, multi-disciplinary research at scale, which is focused on very specific major challenges, and in seamlessly translating breakthroughs into innovation and commercialization.

Peter B. Littlewood is a Professor of Physics at the University of Chicago, who was previously Director of Argonne National Laboratory, and before that a Professor of Physics at the University of Cambridge and Head of the Cavendish Laboratory. He is the Founding Executive Chair of The Faraday Institution, UK’s independent centre for electrochemical energy storage science and technology, supporting research, training, and analysis. He began his career with almost 20 years at Bell Laboratories, ultimately serving for five years as head of Theoretical Physics Research.

His research interests include superconductivity and superfluids, strongly correlated electronic materials, collective dynamics of glasses, density waves in solids, neuroscience, and applications of materials for energy and sustainability. He is a fellow of the Royal Society of London, the Institute of Physics, the American Physical Society, and TWAS (The World Academy of Sciences). He serves on advisory boards of research and education institutions and other scientific organizations worldwide. He holds a Bachelor’s Degree in Natural Sciences (Physics) and a Doctorate in Physics, both from the University of Cambridge.

A reception will be held before the lecture at 3:30 p.m. in 202 Nieuwland Science Hall.

Sponsored by the College of Science