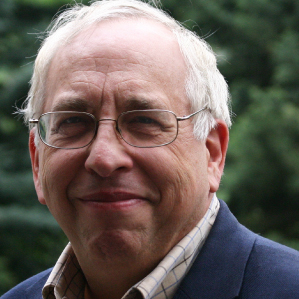 New observations and new research have increased our understanding of past, current, and future climate change. The 4th National Climate Assessment confirms prior assessments in concluding that the climate on our planet, including the United States, is changing, and changing rapidly. Observational evidence for a changing climate abounds, from the top of the atmosphere to the depths of the oceans. Documented changes include surface, atmospheric, and oceanic temperatures; melting glaciers; disappearing snow cover; shrinking sea ice; and rising sea level. Many lines of evidence demonstrate that human activities have been the dominant cause of the observed warming since the mid-20th century. Changes in the characteristics of extreme events are particularly important for human safety, infrastructure, agriculture, water quality and quantity, and natural ecosystems. Some extremes have already become more frequent, intense, or of longer duration, and many extremes are expected to continue to increase or worsen, presenting substantial challenges. The Earth’s climate is projected to continue to change over this century and beyond. This presentation provides an overview of the science of climate change from the 4th National Climate Assessment, and discusses what this means for the American people and our planet.

Donald J. Wuebbles is the Harry E. Preble Professor of Atmospheric Science at the University of Illinois. He is also a Presidential Fellow at the University of Illinois, with the aim of helping the university system develop new initiatives in urban sustainability. From 2015 to early 2017, Dr. Wuebbles was Assistant Director with the Office of Science and Technology Policy at the Executive Office of the President in Washington DC, where he was the White House expert on climate science.

Dr. Wuebbles is an expert in atmospheric physics and chemistry, with over 500 scientific publications related to the Earth’s climate, air quality, and the stratospheric ozone layer. However, his work goes well beyond that through providing analyses and development of metrics used in national and international policy and in developing analyses for understanding climate impacts on society and ecosystems, plus potential resilience and societal responses. He has co-authored a number of international and national scientific assessments, including several international climate assessments led by the Intergovernmental Panel on Climate Change (IPCC) that resulted in IPCC being awarded the Nobel Peace Prize in 2007. Dr. Wuebbles has received several major awards, including the Cleveland Abbe Award from the American Meteorological Society, the Stratospheric Ozone Protection Award from the U.S. Environmental Protection Agency, and is a Fellow of three major professional science societies, the American Association for the Advancement of Science, the American Geophysical Union, and the American Meteorological Society. He will receive the Bert Bolin Global Environmental Change Award from the American Geophysical Union in December 2018.