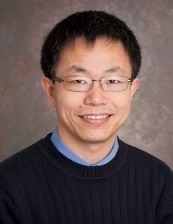 One of the grand challenges facing humanity today is the development of an alternative energy system that is safe, clean, and sustainable and where combustion of fossil fuels no longer dominates. A distributed renewable electrochemical energy and mobility system (DREEMS) could meet this challenge. At the foundation of this new energy system, we have chosen to study a number of electrochemical devices including fuel cells, electrolyzers, and flow batteries. For all these devices electrocatalysis and polymer electrolytes play a critical role in controlling their performance, cost, and durability, and thus their economic viability. In this presentation, I will focus on our recent work on hydroxide exchange membrane fuel cells (HEMFCs) which can work with nonprecious metal catalysts and inexpensive hydrocarbon polymer membranes. More specifically I will show the roadmap we have developed for this technology, the progress we have made in developing the most stable membranes and the most active nonprecious metal catalysts. I will also discuss why hydrogen oxidation reactions are slower in base than in acid for precious metal catalysts.

Yushan Yan is a Distinguished Engineering Professor and the Associate Dean for Research and Entrepreneurship of the College of Engineering at the University of Delaware. He studied Chemical Physics (BS) at the University of Science and Technology of China, Heterogeneous Catalysis at the Dalian Institute of Chemical Physics of the Chinese Academy of Sciences, and Chemical Engineering (MS/PhD) at the California Institute of Technology. He worked for AlliedSignal as Senior Staff Engineer and Project Leader before joining the faculty at the University of California Riverside where he served as the Department Chair. His major recognitions include Fellow of the American Association for the Advancement of Science, the Donald Breck Award from the International Zeolite Association, the Nanoscale Science and Engineering Forum Award from the American Institute of Chemical Engineers, and the Energy Technology Division Award from the Electrochemical Society. He was one of 37 awardees of the US Department of Energy’s ARPA-E OPEN 2009 (1st open call for proposals) and one of 66 awardees of the ARPA-E OPEN 2012 (2nd open call for proposals). He has been an inventor on a number of issued or pending patents, some of which were licensed to form startup companies (e.g., NanoH2O and OH-Energy). His research has led to 250 publications that are widely cited (16,000+ citations, h-index = 66 and average citation/paper = 64) and been extensively covered by the media including New Scientist, Business Week, C&EN News, Materials Today, MRS360, Chemical Engineering Progress, China Press, Chinese Daily News, CNBC, CNN.com, KABC, Radio Australia, and VOA.