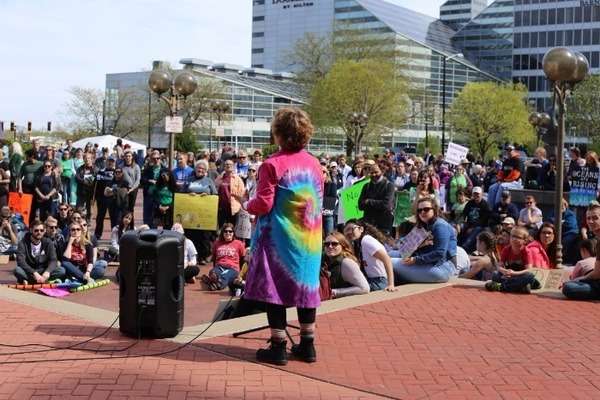 ND Energy is sponsoring a "teach-in table" with a hands-on activity at the March for Science in downtown South Bend.

The March for Science is a nonpartisan celebration of science. On April 14th, we will be Marching for Science, and then holding a Celebration of Science immediately following. We will begin gathering at 2 pm in Leeper Park, and then march to the Jon R. Hunt Memorial Plaza in front of the Morris Performing Arts Center. A committee of scientists and concerned citizens organized the march, due to recent government policies preventing federal science agencies from sharing their findings, as well as decreases in funding for scientific and educational programs.

The march organizers hope to raise awareness of the ways in which federal science policy matters on the community level. The March for Science South Bend is one of hundreds of satellite marches occurring globally, alongside the march on the National Mall in Washington D.C. on the same day. The mission of March for Science South Bend is to develop awareness of the need for scientific funding, of science education in our local schools, and to foster communication between the public, scientists, and local businesses.