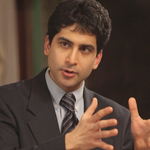 Jesse Kharbanda is the Executive Director of the Hoosier Environmental Council, Indiana’s largest environmental policy organization.  He oversees HEC’s strategic and program development, legislative initiatives, operations, and fundraising.  Jesse has spearheaded focusing HEC’s efforts on four core initiatives: clean energy, sustainable agriculture, 21st century transportation systems, and environmental justice.  Jesse has made it a priority of HEC to build bridges with groups that may not have been as engaged with the organization in the past, such as public health organizations, the business community, and faith-based groups.

Jesse’s more than decade-long involvement in Indiana legislative matters began in 2006 while at the Environmental Law and Policy Center.  Jesse’s leadership honors include being named to the “Forty Under 40″ list by the Indianapolis Business Journal, being recognized as the sole Indianapolis-based community leader in 2010 named to Delta Omega, the national public health honorary, winning the 2015 Hulman Health Achievement Award for Public Policy Advocacy, and being awarded with an honorary degree by DePauw University.  Jesse has graduate degrees from Oxford University and undergraduate degrees from the University of Chicago.