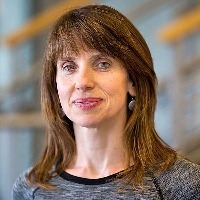 Professor Violi’s research interests lie at the intersection of nanoscience, combustion, and biomedical science. Her research has focused on ceramic and organic materials, supramolecular assembly in liquid phase, phase stability, as well as toxicity and antimicrobial properties of nanomaterials. Prof. Violi has pioneered the development of computational nanoscience in the field of combustion in essentially single-handed fashion developing Multiscale Computational methods to study long time and large scale phenomena. The common intellectual thread among those activities is the application of multiscale modeling approaches, which however are tailored for the specifics of each subject and coupled with pertinent longer scale processes and systems.

Her work has been supported by the US Department of Energy, US Department of Defense (Army), US Air Force Office of Science, National Science Foundation, US Environmental Protection Agency, and DARPA. She has also been the Thrust Area Leader for Advanced Biofuels and Combustion for a DOE funded US-China Clean Energy Research Center for Clean Vehicles.

Her work has been reported in prestigious journals that include Proceedings of the National Academy of Sciences, Progress in Energy and Combustion, Nanoscale, and ACS Nano. She has been invited to present her work at various conferences, academia, and other institutions. Examples include Keynote Speaker at the prestigious Gordon Conferences; Plenary Talks at the 14th International Congress on Combustion By- Products and Their Health Effects, Sweden, 2015; as well as at the 18th ETH conference on Combustion Generated Nanoparticles, Switzerland, 2014.

Abstract:
Particles originating from human activities have existed for millennia, e.g., smoke from combustion, but the recent development of industry and combustion-based engine transportation has increased anthropogenic particles pollution. At the same time, technological advancement has also changed the character of these particles, increasing the proportion of nanometer-sized particles --"nanoparticles"-- and expanding the variety of chemical compositions. Indeed, the manipulation of matter at the scale of atoms, "nanotechnology," is creating many new materials with characteristics not always easily predicted from current knowledge.

In this talk we report on our latest work on carbon-based nanomaterials (both from combustion and synthetic sources) with the overall goal to further fundamental and quantitative understanding of their formation mechanisms and physicochemical properties as well as to assess their interactions with biological medium. Atomistic simulations in conjunction with precise chemical and biophysical experiments are the distinguishing characteristics of this effort.

As engineered nanomaterials, we will focus on carbonaceous quantum dots, which have recently emerged and ignited tremendous research interest.