All are welcome to attend the inaugural Gold Mass and Edison Lecture for Science and Engineering. 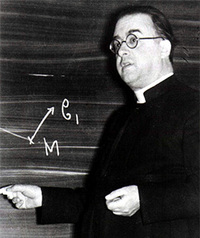 Abstract:
The remarkable success of modern science in revealing the essential workings of the natural world has led to a general societal perception that science is replacing religious faith as a valid worldview. A corollary is that to be a scientist means to abandon religion wholesale, and so scientists who are religious are often regarded with surprise or suspicion. At the root of this stereotype is the confusion between science (a process of discovering facts about the world) and scientism (a belief that only what is accessible to scientific investigation actually exists). To practice the former by profession, it assumed one must embrace the latter. However, the career of Georges Lemaître, Catholic priest and father of the Big Bang model of the origin of the cosmos, is a dramatic demonstration of the fallacy of this assumption, as are the careers of many Catholic scientists of today. During this presentation, Jonathan I. Lunine will profile Lemaître’s life, move on to briefly highlight a few of today’s Catholic scientists, and finally address the question of whether “the Believing Scientist” (to quote the title of a recent book by Stephen Barr), is a dying breed. 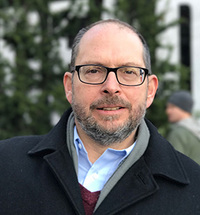 Biography:
Jonathan I. Lunine is The David C. Duncan Professor in the Physical Sciences at Cornell University and Director of the Cornell Center for Astrophysics and Planetary Science, and is also the David Baltimore Distinguished Visiting Scientist at NASA’s Jet Propulsion Laboratory. His research focuses on astrophysics, planetary science and astrobiology. In addition to his responsibilities in the classroom, he serves as Interdisciplinary Scientist on the James Webb Space Telescope project and the recently concluded Cassini mission to Saturn, and is a co-investigator on the Juno mission currently in orbit around Jupiter and the Europa Clipper mission under development by NASA.

Lunine is a member of the U.S. National Academy of Sciences, a fellow of the American Geophysical Union and the American Association for the Advancement of Science. Among the many awards he has received, he is the recipient of the Jean Dominique Cassini Medal of the European Geosciences Union, the Basic Sciences Award of the International Academy of Astronautics, and the Harold Urey Prize of the Division for Planetary Science of the American Astronomical Society.

He is the author of  Astrobiology: A Multidisciplinary Approach and Earth: Evolution of a Habitable World.

Lunine obtained a B.S. in physics and astronomy from the University of Rochester (1980), an M.S. (1983) and a Ph.D. (1985) in planetary science from the California Institute of Technology.

He lives in Ithaca New York, where he is a member of St. Catherine of Siena parish.

A special note in relation to the history of the Gold Mass: In 2016 Lunine helped to found the Society of Catholic Scientists and currently serves as its vice president.

Sponsored by the Colleges of Science and Engineering