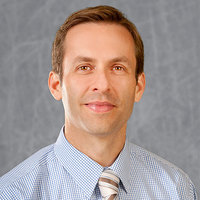 This talk will describe efforts in our research group to control the shape and function of soft materials (liquid metals, polymers and hydrogels) for applications that include stretchable electronics, soft robotics, and self-folding polymer sheets.  The research harnesses interfacial phenomena, micro fabrication, patterning, and thin films.  The talk will discuss two topics:

Dr. Michael Dickey, Professor in the Department of Chemical and Biomolecular Engineering at NC State University received a BS in Chemical Engineering from Georgia Institute of Technology (1999) and a PhD in Chemical Engineering from the University of Texas at Austin (2006) under the guidance of Professor Grant Willson. From 2006-2008 he was a post-doctoral fellow in the lab of Professor George Whitesides at Harvard University.  In August 2008, he joined the Department of Chemical & Biomolecular Engineering at NC State University where he is currently an Alumni Distinguished Professor.  He completed a sabbatical at Microsoft in 2016.  Michael’s research interests include patterning and actuating soft materials by studying and harnessing thin films, interfaces, and unconventional fabrication techniques.