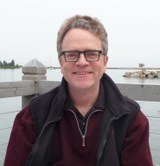 Abstract:
Ionic liquids are an emerging class of solvents with an appealing set of physical attributes. These include negligible vapor pressure, impressive chemical and thermal stability, tunable solvation properties, high ionic conductivity, and wide electrochemical windows. In particular, the non-volatility renders ionic liquids practical components of devices, but they require structure-directing agents to become functional materials. Block polymers provide a convenient platform for achieving desirable nanostructures by self-assembly, with lengthscales varying from a few nanometers up to several hundred nanometers. Furthermore, ionic liquids and polymer blocks can be selected to impart exquisitely tunable thermosensitivity, by exploiting either upper or lower critical solution transitions (UCSTs and LCSTs). In selected cases, it is also possible to prepare photoreversible and photopatternable systems. Overall, by combining designed block polymers and ionic liquids we have demonstrated materials with superior performance for a remarkably diverse set of applications. These include micelles for extraction, nanoreactors for catalysis, gate dielectrics in organic transistors, electrochromic and electroluminescent gels, and membranes for gas separation, ion batteries, and fuel cells.

Since 2001 he has been the Editor of the ACS journal Macromolecules. In 2011 he became the founding Editor for ACS Macro Letters. He has served as Chair of the Division of Polymer Physics, APS (1997–8), and as Chair of the Gordon Research Conferences on Colloidal, Macromolecular and Polyelectrolyte Solutions (1998) and Polymer Physics (2000). Since 2005 he has been Director of the NSF-supported Materials Research Science & Engineering Center at Minnesota. He has authored or co-authored over 350 papers in the field of polymer science, and advised or co-advised over 65 PhD students. His research interests center on the structure and dynamics of polymer liquids, including solutions, melts, blends, and block copolymers, with particular emphases on self-assembling systems using rheological, scattering and microscopy techniques.

This seminar is sponsored by the Department of Chemical & Biomolecular Engineering at Notre Dame.