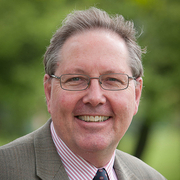 Until about two centuries ago, before the industrial revolution was powered by fossil fuels, we lived on this planet supported by the energy resources of the sun. Within another century or so we may have to return to the sun as our principal source of energy. Can we do that, while supporting continued improvement in our standard of living? In a recent international poll* 71% thought their country "could almost entirely replace coal and nuclear energy within 20 years by becoming highly energy-efficient and focusing on generating energy from the Sun and wind". Unfortunately, this optimism is not justified by the state of current technologies, either in terms of their efficiency or their cost. However, a review of the fundamental principles suggests that there are modest grounds for optimism in the long term, as long a host of inventions can be brought to fruition.

This talk will take a physicist's perspective on some of the energy and sustainability challenges faced by the planet. I will stress the need for thinking using robust principles to guide the investigation. These include: to realize that global sum rules are much more reliable than addition of small scale phenomena; to understand thermodynamic and other equilibria in the large; to be aware as a scientist that economic, geographical, and social forces set boundaries; to understand that a "kiloWatt hour" is actually a unit of reserve currency.

To the extent that technology rather than conservation can play a role, efficient and low-cost materials technologies for energy capture, storage, transmission, and use will be key. Can we rely on iterative improvements in what we have now, or do we need breakthroughs? If we are to have such breakthroughs, what is possible within the constraints of fundamental physical laws? How much headroom is there for new technologies?

Peter B. Littlewood is the Director of Argonne National Laboratory, one of the nation’s largest science and engineering research centers, and a Professor of Physics in the James Franck Institute at the University of Chicago.

This event is hosted by the Department of Physics at The University of Notre Dame.