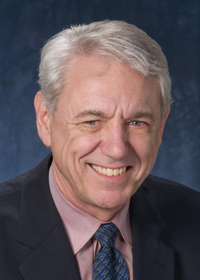 The Joint Center for Energy Storage Research (JCESR) develops concepts and technologies for portable electricity storage for transportation and stationary electric storage for the electricity grid. Electrified transportation replaces foreign oil with a host of domestic electricity sources such as gas, nuclear, wind and solar, and utility-scale electric storage enables the grid to bridge the peaks and valleys of variable wind and solar generation and of consumer demand. JCESR looks beyond Li-ion technology to new materials and phenomena to achieve the factor of five increases in performance needed to realize these transformational societal outcomes.

JCESR will leave three legacies: a library of fundamental scientific knowledge of materials and phenomena needed for next-generation batteries, demonstration of battery prototypes suitable for scale up to manufacturing for transportation and the grid, and a new end-to-end integrated operational paradigm for battery research and development spanning discovery research, design, and demonstration.

JCESR is a recently funded Department of Energy researchcenter (battery hub) with a $125 million overall budget.

George Crabtree holds the ranks of Senior Scientist, Distinguished Fellow and Associate Division Director in the Materials Science Division at Argonne National Laboratory. He has won numerous awards for his research, most recently the Kammerlingh Onnes Prize in 2003 for his work on the physics of vortices in high temperature superconductors. This prestigious prize is awarded once every three years; Dr. Crabtree is its second recipient. He has won the University of Chicago Award for Distinguished Performance at Argonne twice, and the U.S. Department of Energy's Award for Outstanding Scientific Accomplishment in Solid State Physics four times, a notable accomplishment. He has an R&D 100 Award for his pioneering development of Magnetic Flux Imaging Systems. He is a Fellow of the American Physical Society, a charter member of ISI's Highly Cited Researchers in Physics, and a Member of the U.S. National Academy of Sciences.

Dr. Crabtree has served as Chairman of the Division of Condensed Matter of the American Physical Society, as a Founding Editor of the scientific journal Physica C, as Divisional Associate Editor of Physical Review Letters, as Chair of the Advisory Committee for the National Magnet Laboratory in Tallahassee, Florida, and as Editor of several review issues of Physica C devoted to superconductivity. He has published more than 350 papers in leading scientific journals, has collected over 14,000 career citations, and has given approximately 100 invited talks at national and international scientific conferences. His research interests include materials science, sustainable energy, nanoscale superconductors and magnets, vortex matter in superconductors, highly correlated electrons in metals. He has led workshops for the Department of Energy on hydrogen, solar energy, superconductivity, and materials under extreme environments, co-chaired the Undersecretary of Energy's assessment of DOE's Applied Energy Programs. He has testified before the U.S. Congress on the hydrogen economy and on meeting sustainable energy challenges.


A reception will be held following the lecture in 202 Nieuwland Science Hall.

The lecture and reception are open to Notre Dame faculty, students, and staff and the general public.