Andrew Schranck, fifth-year graduate student in the Doudrick lab in the Department of Civil and Environmental Engineering and Earth Sciences, presented “Investigation of Urine Electrolysis for Nitrogen Removal,” at the ND Energy PD&GS Luncheon in January. 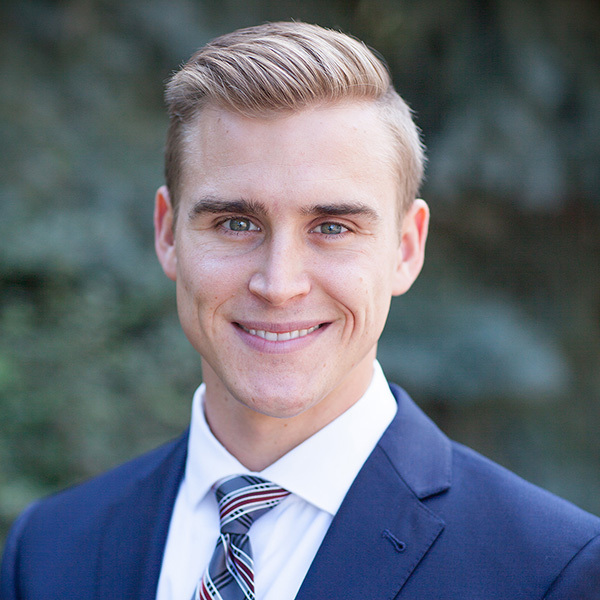 “Urine contains a significant amount of nitrogen,” Schranck explained. In turn, the process to remove the nitrogen causes wastewater treatment facilities to have a large footprint, both in energy consumption and reactor size. Schranck is investigating how to treat the urine at the source.

In 2018, Schranck received a Patrick and Jana Eilers Graduate Student Fellowship for Energy Related Research from ND Energy for a two-part project. The first aspect centered on advancing electrochemical technologies to reduce the nitrogen burden at wastewater treatment plants, which would improve the energy efficiency of the process and reduce reactor size at treatment plants. The second component, which Schranck says he’ll be looking at over the next few months, is investigating the hydrogen produced by these systems as a potential fuel source for carrying out the nitrogen removal process.

Schranck’s undergraduate experiences while at Missouri University of Science and Technology inspired him to address problems in the food-energy-water nexus.  A former varsity swimmer, Schranck attributes his fascination with water to being immersed in it.  He spent time working on infrastructure projects throughout Latin America: participating in Engineers Without Borders in Bolivia, doing research on biosand filters in Brazil, and interning in Costa Rica.

“In the United States, we don’t even think about easy access to clean drinking water,” Schranck said, noting that many places around the world do not have reliable or affordable water sources.

After earning a dual bachelor’s degree in civil and architectural engineering, Schranck intended to pursue a master’s at Notre Dame. Despite not having extensive lab experience, Prof. Kyle Doudrick pitched the electrochemistry for wastewater treatment research to him, which convinced him he should continue on for his Ph.D.

“He told me as long as I found it interesting and in line with my academic and career goals, he would advise me through it,” Schranck said, adding that the University has a great support system for graduate students to conduct research.

After graduation, Schranck will begin a one-year fellowship in management consulting with enFocus, a civic innovation start-up in South Bend. The fellowship program empowers recent graduates to think like entrepreneurs to address the community’s greatest challenges.